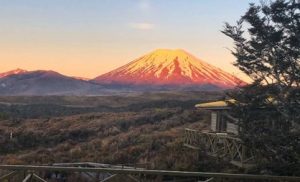 For over a century, national parks have played a critical role in ensuring the protection of natural landscapes worldwide. Parks have functioned to protect the world’s biodiversity, conserve carbon stocks, and ensure food security to local communities. The introduction of an applied national park framework to countries without a current system, therefore, is crucial. This is particularly true for countries rich in natural landscapes and species biodiversity.

The concept of what a national park is and how it should be managed has been in development since the late 19th century. In 1872, the world’s first national park, Yellowstone National Park, was established as a recreational area, initially primarily for the enjoyment of the American people. As the importance of the preservation of natural landscapes and wilderness took root in popular discourse, the park as a protected area emerged as its dominant function. A similar process was mirrored in Australia, Canada, and New Zealand, as they each established their own first national parks in 1879, 1885, and 1887 (respectively). While all four countries have unique experiences specific to their distinct landscapes and species allocation, they share a wealth of knowledge on how to effectively introduce and manage a coherent national park system.

This project seeks to review the evolution of park development in all four countries, synthesize available expert opinion, and establish guidelines on how to best introduce and effectively manage national parks. This will greatly benefit countries in emerging economies, lacking relevant expertise. The project’s research is being conducted in two parts: a review of available literature, and analysis of expert interviews. The project outputs will reflect the lessons learned and best practices gleaned from our research