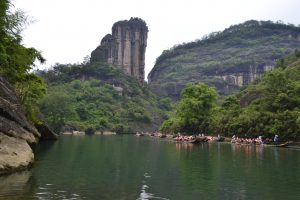 China’s biological diversity is among the most abundant in the world. However, despite introduced environmental policies to address ecological issues, biodiversity in the country continues to decline. Protected areas in China are challenged by a complicated hierarchy of management, inconsistent regulatory standards across various departments, resulting in a lack of effective communication and information sharing. With no unified laws, the legal systems in China’s protected areas are considered unsound. Furthermore, a comprehensive ecological compensation mechanism to prevent threats to ecological functions is still lacking.

A decade ago, the Chinese government took a step forward to improve the quality of protected areas. In 2008, China approved the initial operations of China’s first National Park Management Office, establishing the first of many pilot national parks. This is regarded worldwide as an experimental application of an international model of national parks, with the hope that these parks can better serve to protect biodiversity and promote human livelihoods than the conventional protected areas.

The aim of the China National Parks Project is to:

·         integrate literature on the development of protected areas in China